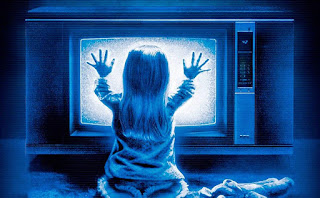 Finally, we are back from our forced break due to covid. The movie that our group voted on last time was Poltergeist, so we started off right where we left off. I decided that the theme of this event would be "slumber party" with guests being encouraged to wear pajamas or comfortable clothing and to bring blankets, pillows, or even stuffed animals.

For food, I based it off of a disgustingly iconic scene, where a guy goes to get a late-night snack of chicken and steak. With that said, I do have a couple vegetarians in my group, so I have decided to get creative with the cooking and have made a very realistic vegan fried chicken for dinner and fudge that resembles raw steak for dessert. The chicken I made was based off a very thorough recipe found here. 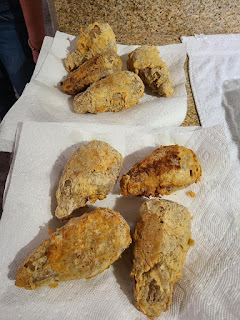 The only problem with the recipe is that the author is in the UK so some of the units they measure with and some of the names of products they use is different that what we have here. For instance, when the recipe calls for corn flour, they are talking about what Americans call cornstarch. Thankfully, I caught that before making a huge mistake.

I followed the recipe pretty closely, with some small changes. First, I doubled the recipe. I also added vegan chick salt to the recipe in a couple places. I had some left over from Mad Max and love it, so I thought it would be a good addition and would give it more chicken flavor. I was right. When making the chicken, I substituted one tsp of bullion for the chicken salt, and when I made my breading, I swapped half the Old Bay seasoning with more chicken salt. The flavor was perfect.

My dough did end being a little on the crumbly side, so I decided not the try to make the perfect flakey layers that he described in his bloc. My dough was already pretty flakey. Instead, I just shaped the dough into drumstick shapes, wrapped it in aluminum foil, and steamed them like that. I fried them in a tall frying pan that was half filled with vegetable oil, flipping them over once to evenly fry both sides. It made 8 large, filling drumsticks. 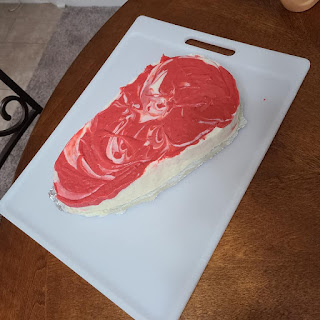 The steak fudge dessert recipe I found here. I did not alter this recipe at all, other than the fact that I doubled it. In hindsight, the original size would have been fine, because I had a lot left over.