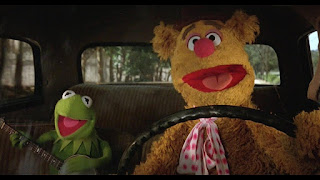 The next movie on our list was The Muppet Movie (1979). I tried to stick to a very Muppet theme. I created a YouTube playlist of Muppet songs to play on the television as people were coming in and as we were eating. It really helped to set the mood. For food, I used the Swedish Chef muppet as inspiration. I even dressed up like him for fun. The main course was Swedish meatballs with egg noodles and tossed salad. 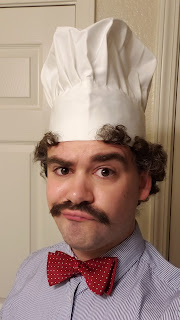 For dessert, I made cotton candy with an inexpensive cotton candy machine that I found on Amazon. This tied in to a carnival scene that occurs in the film and also because the light fluffiness of cotton candy reminded me of the fluffy muppet filling. I had sour apple flavor which was green like Kermit, and bubblegum flavor which was pink like Miss Piggy.
Overall, the night was a big success.
Labels: Kitchen Gadgets Music Playlist