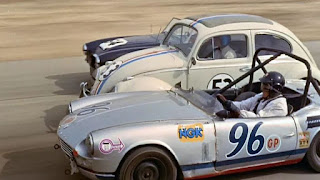 The next film on our list was the 1968 classic "The Love Bug." Since this film revolves around car racing, I decided that the food theme would be food that might purchase at a race track. We had hotdogs and nachos and funnel cake for dessert. The hotdogs, buns, and chips were store-bought, but just about everything else was homemade. The funnel cake was the most complicated thing that was made, but ended up being a big hit. I also made a Spotify playlist that was intended to make you feel like you were at the racetrack or some similar sport event. 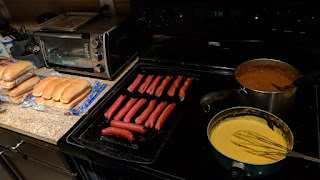 Overall, the food fit the feel of the movie well. While we ate, I had racing sounds playing through my stereo, which also helped set the mood.
Labels: Music Playlist