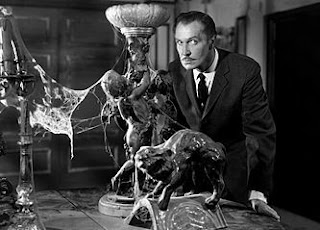 For October, we broke away from our timeline for another Halloween film, House On Haunted Hill. The meal for this film was pretty generic spooky halloween food similar to previous Halloween parties that we had had. The biggest thing that I did to help set the mood for the movie was to make it a candlelit event. Various candles were placed around the kitchen, livening room, and dining room. This made everything a little more eerie, but it also help us tie the party into the film, which also features heavy use of candlelight. I also created a Halloween playlist to help set the mood even more.
Thankfully, I remembered to take some pictures this time. 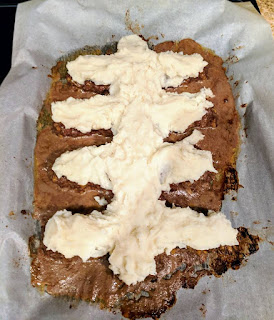 I baked the meatloaf on a cooking sheet so that I could form it into something that was supposed to resemble a human spine. The mashed potatoes were put on top after taking the meatloaf out of the oven. 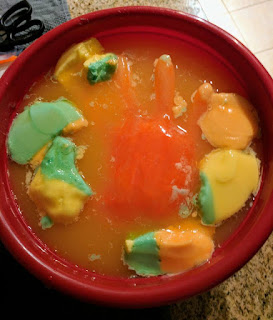 This is a sherbet based fruit punch. The orange hand in the middle is fruit juice that was poured into a clean disposable glove and frozen before the party. 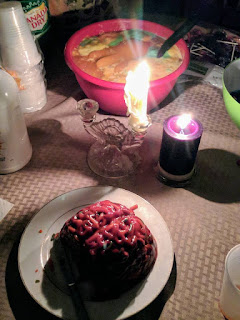 The brain jello has become a reoccurring Halloween dessert that I change just a little each time, but made its first appearance at our Abbott and Costello event.
Labels: Halloween Music Playlist