In 2016, we had our second Halloween film. This time it was Young Frankenstein. The previous Halloween party was meant to look and feel rather fancy. This was the opposite. There's a scene in the film Inga complains that the doctor has not touched his food. He then proceeds to mash it with his hands to show that he is touching it. That scene was the inspiration for dinner. I decided that I wanted dinner to be a messy meal that you eat with your hands, so I prepared sloppy joes. We also had some finger foods to go with it. For dessert, one of the guests prepared some "grave dirt" for dessert made of oreos and pudding. I also made Abby Normal brain jello, just as I had done the previous year. 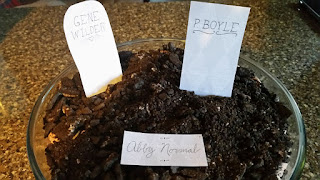 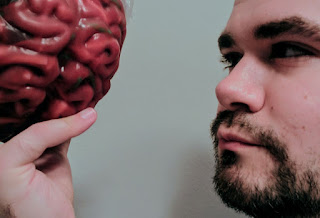