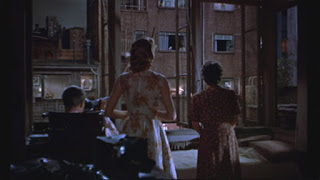 This month's film was Rear Window. This is a thriller where a man whose injured and as such is stuck at home. Because of this, we made the theme of the night food that could be ordered as take-out or delivery. I order some family sized pasta dishes from Olive Garden and guests brought their own favorite take out foods. The end result is that we had a lot of weird mix and match dishes, but somehow it worked. While we ate, I had playing a special Spotify playlist that I had made just for the occasion. It contained intense music from various Alfred Hitchcock films, since this of course is one of his movies. This soundtrack did a good job of setting the mood before the film.
Labels: Music Playlist