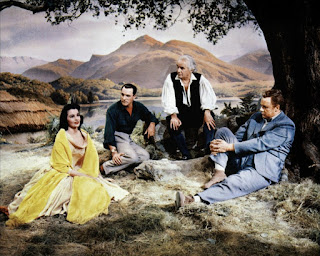 August's movie this year was Brigadoon. This story follows an American who finds a quant little Scottish town that time has forgotten. I was originally planning to do Americanized versions of Scottish food, but by the end of it, the meal was certainly more Scottish than American. The main course was shepherd's pie. It was cooked with beef though. For dessert, I cooked a Scottish snack called tablet (shown below). It is a caramel or butterscotch like dessert made from milk, sugar, and butter. It was very tasty. A guest brought scones, and we also had some scotch whiskey available. 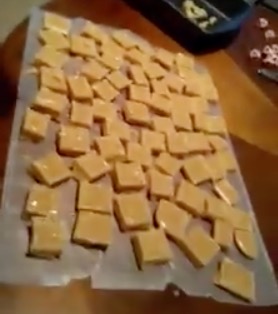